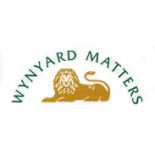 The official web site of the Wynyard Residents Association

PLEASE NOTE, this is for information only. WRA do not administer any rent charges, you must contact your landowner, Wynyard Park or Wynyard Estate Services.

The rentcharge, in its original form, has a long history. Rentcharges have existed since 1290, and were originally payable to the Lord of the Manor. Most existing historic examples were created in the 18th and 19th centuries when land began to be developed during the industrial revolution for purposes other than agriculture.

The aim was to allow a landowner to sell land, and for that land to be held as freehold by the purchaser, but for the original owner to retain a financial interest in its development and obtain an annual income, usually in perpetuity. Because the effect of inflation was not anticipated by landowners, historic rentcharges are almost always of only nominal value, often less than £50 per year. Their existence can however cause present day legal complications because some holders have exploited the law and used its terms for speculative profit.

In Roberts v Lawton 2016, investment companies had bought up huge numbers of these historic rentcharges. Because of their minimal value, a great many had fallen into arrears, not because householders had refused to pay, but because no attempt had been made to collect them and householders were unaware of their obligation. Sloppy conveyancing by solicitors was also a factor. The rentcharge buyers realised that a clause allowed them to use the arrears to place a legal charge over the freehold and impose a hefty, and profitable, penalty on the householder for its release. Without such a release, no mortgagor or buyer would take on the freehold and the house would be unsellable. Many people in this situation paid up. Some, however, felt this was all wrong and went to law. The original judge agreed, deciding that the rentcharge owners were abusing the law, and found in favour of the freeholders.

However, the rentcharge owners appealed, and the Court of Appeal reversed the original decision, finding in favour of the owners. Its reasoning was that Parliament had created the Rentcharge Act 1977 which made many changes to the law, including extinguishing all historic rentcharges by 2037. The appeal judges considered that had Parliament wished to change other aspects of rentcharge law, they should have done so at the time, and it was not up to the Courts to do Parliament’s job. It seems a rather harsh decision made on a point of legal principle.

Given that Wynyard’s is an estate rentcharge, not the historic variety, the reader is probably wondering what all this has to do with us. The events above serve to show the trouble that the one-sided nature of all rentcharges can potentially cause, and that judges will apply the letter of the law, not a reasonable or fair interpretation.

There are usually two ways of providing for common services and facilities on a new housing estate. One is an estate rentcharge, the other is residential leasehold or ground rent. The latter has received much bad press recently because developers have sold these on to investment companies that then inflate the annual charge to boost their profits. This has left freeholders in an invidious position with ever increasing fees and potentially unsellable homes. Because of this, Parliament is expected to outlaw the sale of new houses on these terms in the near future.

This leaves the estate rentcharge, which applies to Wynyard. The problem is that very similar terms apply.

Where common liability for services and maintenance etc. is unavoidable, as in blocks of flats, charges are subject to numerous legal protections. These include provisions to ensure they are competitive and reasonable, rights of consultation, scrutiny of accounts, rights for residents to form agencies to take over services, appeals to independent tribunals and so on.

None of these safeguards apply to estate rentcharges. The owner can change the nature and extent of services at their discretion. They are not legally defined, quantified or binding in any way and the form they take is entirely at the whim of the rentcharge owner. They also reserve the absolute right to reduce, vary, withdraw or terminate all services they provide, without this being reflected in the amount charged. The amount of the rentcharge itself, the costs on which it is based, including any management fees or expenses the owner may themselves charge, are all decided by the owner, with no right of challenge or explanation for the freeholder.

The possibility of a charge against the freehold being lodged in the event of arrears may also exist, as in Roberts v Lawton above.

Although these tactics may not be adopted, circumstances and management companies change, rentcharges can be sold on, and there are no restrictions on any successor.

Unfortunately, there is no real likelihood of Parliament changing the law covering estate rentcharges in the foreseeable future. There was a clear need for communal charges to be levied on leaseholders of flats and other communal properties that unavoidably had mutual cost liabilities which every owner shared as part of their ownership. There was no such justification for freehold houses on new housing estates with no necessity for joint liability for costs. This has only become prevalent because of the State’s tactic of reducing local authority spending on roadways etc. by removing the need for them to be adopted. Developers are now expected to take responsibility for the installation and initial maintenance of these, usually via Section 106 agreements and, of course, the developers pass this cost onto house buyers. In other words, buyers are paying twice for the same facilities, once through Council Tax, and again through the price of their new house and the ongoing rentcharge.

On Wynyard, the Estate Rentcharge is levied by two management companies, Wynyard Estate Services Ltd. (WES) on the southern side, and Wynyard Park Estates Management Ltd. (WP) on the much more recently developed for housing northern side. WES has operated for over 20 years, but WP for less than five. It follows from this that WES has much more of a track record than WP.

Currently, WES charge residents £432 per year and provide services which include a night-time security vehicle, number plate recognition system, roadside cameras, some road salting and salt bins in winter, maintenance of woodland fringes and footpaths, certain other Wynyard features such as lamp post painting, and verge mowing in addition to that done by the local authority. WES also require residents to obtain permission from them for any change they make to the outside of their properties which requires planning permission. The fee for each application is £100 plus VAT, based on the latest information to hand.

Wynyard Park charge £300 per year and provide woodland management, security, landscape management, seasonal maintenance, and public liability insurance. WP have consistently avoided providing details of their Rentcharge terms, despite repeated requests to do so. We have not been able to discover a “Planning Permission” fee charged by WP at this point.

Some Rentcharge companies provide their service users with accounts showing expenditure on an annual basis, however there is no legal requirement to do this.